Call Us Today! 323-888-9555
“Love that its a family owned local business… came out right away… TAKES CREDIT CARDS (A LOT of company’s on yelp did not offer this service and its a shame)… great customer service … I’m definitely keeping their number!”

“Fast, affordable, and professional job. Office lights weren’t working, I called in the morning and Jesse came in the afternoon and had the lights up and running in a few minutes.”

“Needed to have flood lights installed in our backyard for lighting and security purposes. Called and spoke with Jess, very professional and understanding what I wanted done and most important at a reasonable price we could afford. Luis came out the next day and did the job in a timely and efficient manner. Will be using them again for another job for family project.”

When it’s time to call a professional, trust Avila III Electric. We’re a locally owned and third-generation electric company that provides exceptional and reliable services to all customers throughout Montebello, CA and the surrounding areas.

No matter the size of the project, we can guarantee a successful fix and installation for any task. Whether you need a simple light bulb change, help with holiday light fixtures, or a complete installation for an entire home, rely on the team that’s accessible at all hours of the day. We operate on a 24-hour basis so you’ll never have to wait for a resolution. 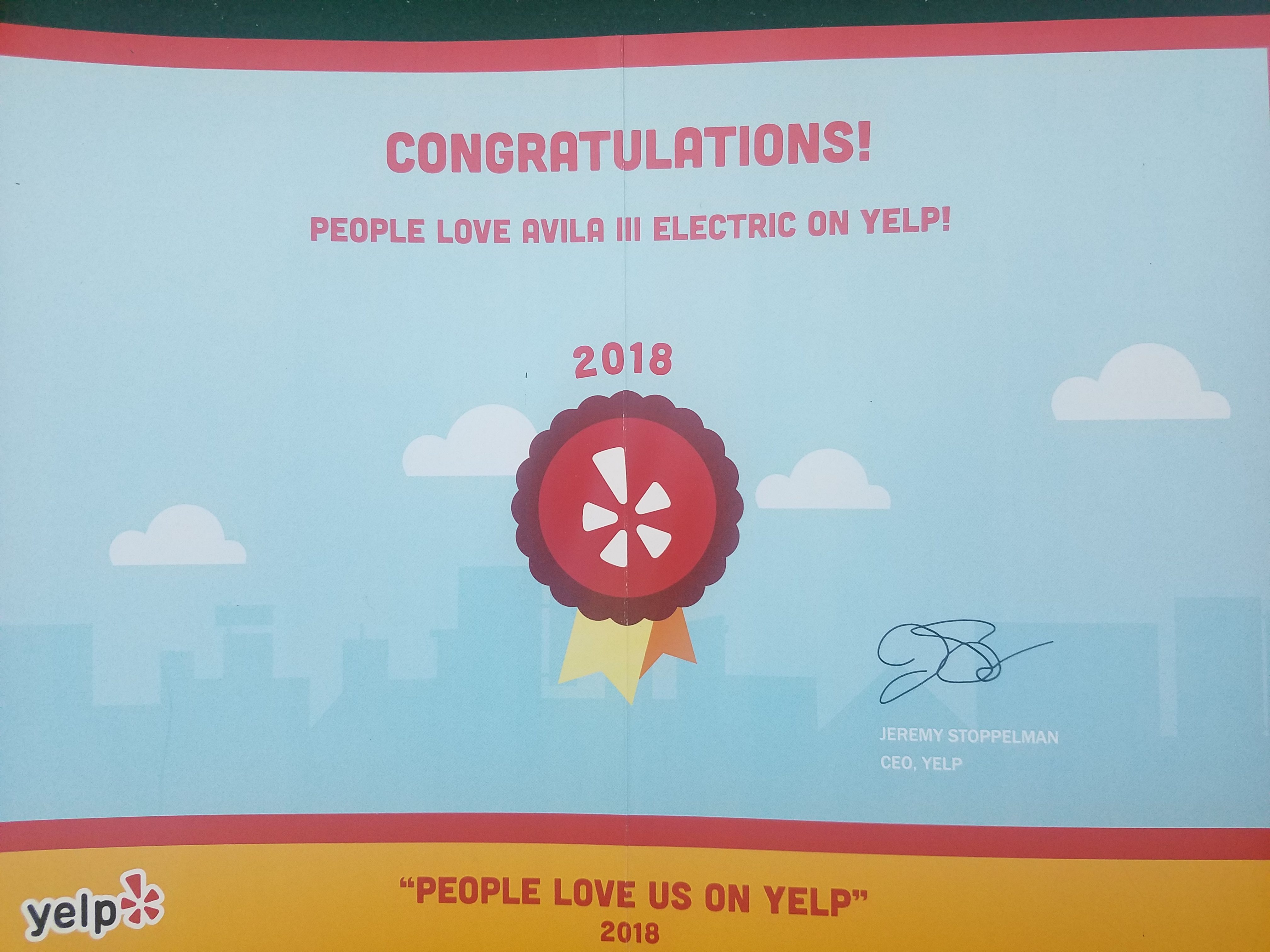 About Us – Serving our Community for 3 Generations

Avila III Electric was founded by Jesse Avila III, a Los Angeles, CA native. Jesse completed his first ‘paid electrical job’ as an apprentice when he was just 13 years old. He became an Electrician in the 1980’s and worked through the ranks to eventually establish Avila III Electric in 1994.

He started Avila III Electric to follow in his grandfather’s footsteps, as he started his own shop in the 1950’s.

Jesse’s father and uncles were also electricians. He saw opportunities to better serve his customers and felt he could do more to ensure complete customer satisfaction. Jesse provides fair and accurate quotes, real explanations of problems, and solutions for customers. These are the keys to exceptional and timely service, which he and his team incorporate into every appointment.

For more information about our services, please contact us by calling